An entertaining opera in Spanish

Come, come and behold, your graces!
Be seated…

As Don Quixote gallops along the trail on his steed Rocinante, he finds puppet theater run by puppeteer Master Pedro and his helper Trujamán…

“We will find a work divided in three contexts. First, there’s the story as told by the singers, which is that of Don Quixote finding the traveling puppet show. Then there’s the context of the puppet theater itself, where a combination of animation and two-dimensional puppets tells the story of Melisendra, who is held captive. Lastly, we have the orchestra, which narrates and uses music to depict the actions that take place both in the puppet theater and in real life.” explains conductor Alejandro Roca. 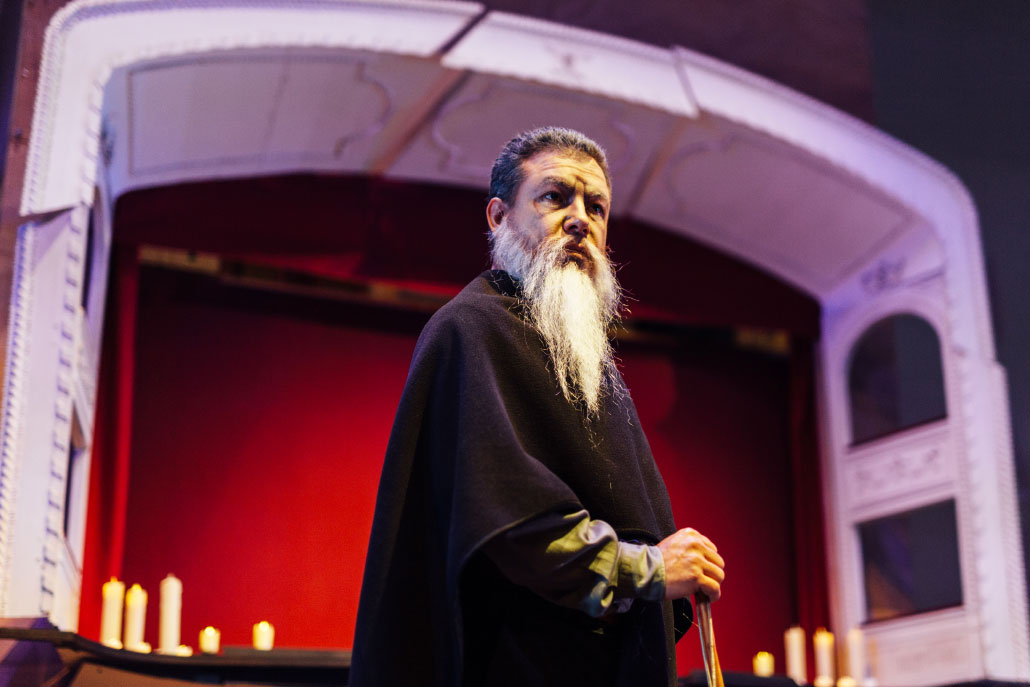 Master Pedro’s Puppet Show is presented by the Filarmed-Comfama partnership, with support from the Embassy of Spain in Colombia, and broadcasted from the Teatro Universidad de Medellín. 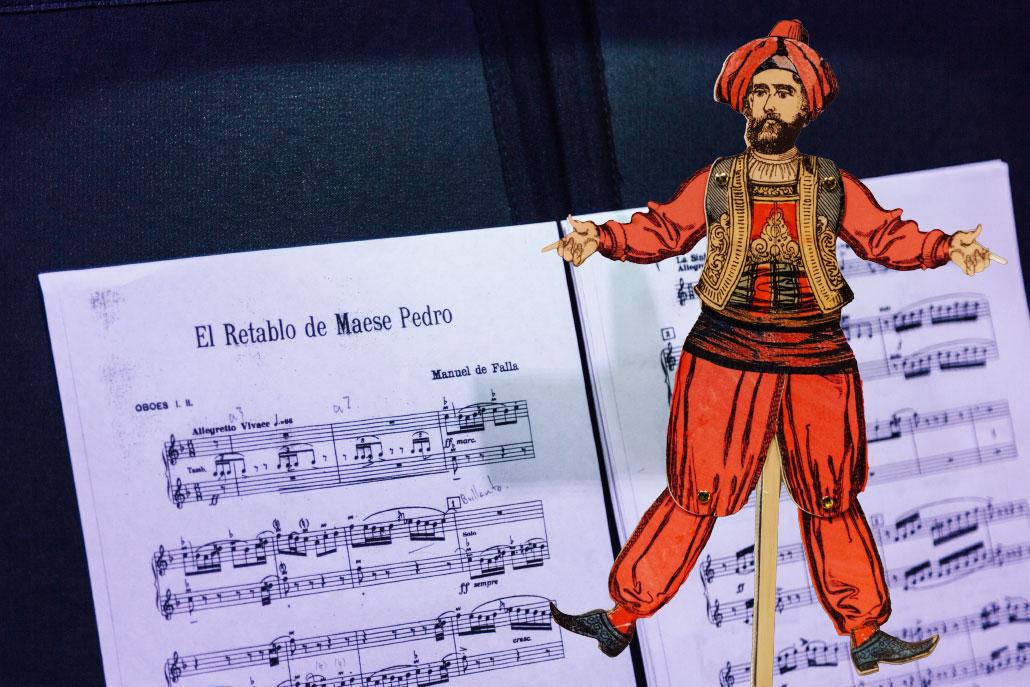 Master Pedro’s Puppet Theater is an opera in Spanish, written by Manuel de Falla for three singers and puppets. Its libretto was inspired by a scene from Don Quixote. The work was written to be performed at the private concerts and private performances held by the princess of Polignac, to whom the work is dedicated along with Miguel de Cervantes, author of Don Quixote.

This work gathers scenes from chapters XXV and XXVI of the second part of Don Quixote, where the puppetmaster, Maese Pedro, appears and tells the story of Melisendra, the wife of Don Gaiferos, who was being held captive by king Marsilio. When she is rescued by her husband, they are chased by the moors, and Don Quixote, confusing reality and imagination, intervenes to save the fugitive puppets. 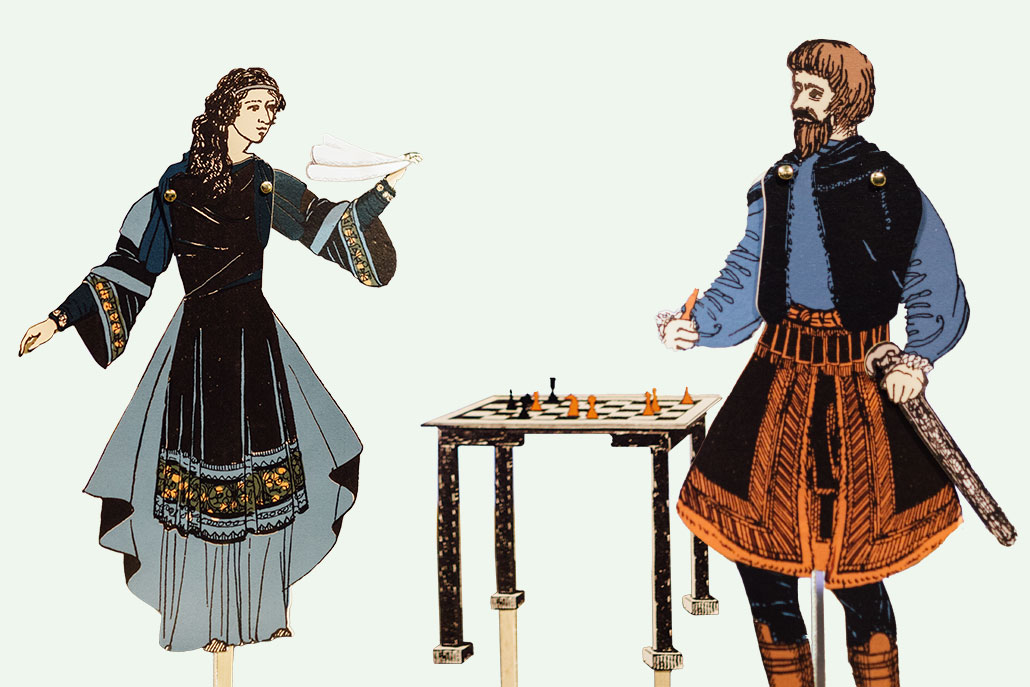 Manuel de Falla considered puppet theatre to be the ideal medium to stage his innovative ideas because of its popular appeal and its comical aspects, and above all, for its artificial characters, which offered expressive possibilities beyond human representation. “For many years, human beings have experienced the need to express themselves and represent the world through figures made of cardboard, wool or wood, in order to transcend reality in a ludic and figurative way. Using puppets and marionettes constitutes an artform as ancient as civilization itself, because they have been used to represent the most profound and superfluous aspects of individuals and society”.  Folklore magazine

Scenographer Pablo Castillo, says he designed the scene and costumes in the style of 20th century Medellín. “The puppet theatre is a representation of the now-gone Teatro Bolívar, which was demolished in 1954. The Bolivar was the main theater in Medellín and was the stage where many ballet and theatre companies, and soloists performed. Beyond a journey to the past, this is a reflection on our present and future.” Pablo explains. 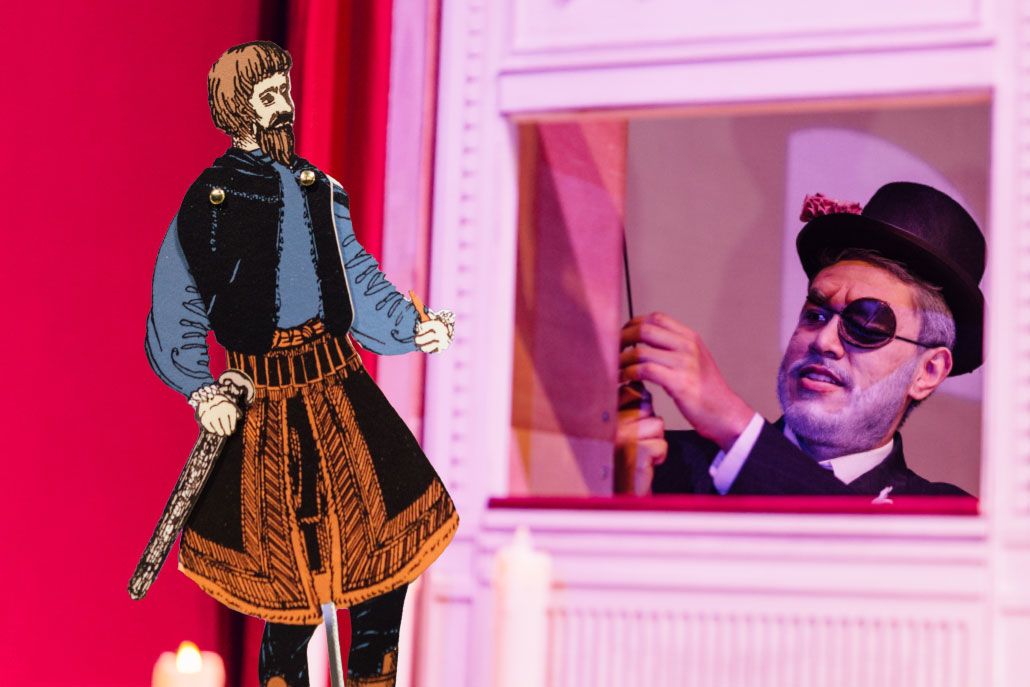 ¿Who was really Maese Pedro?

He was a thief, a fugitive, one of Don Quixote’s most puzzling characters. One more reason to approach this musical version of one of the most entertaining stories that Cervantes wrote in Don Quixote.

“Don Quixote lives in us, in our culture and hispanic identity. We can even see these characters walking our streets. Further, it’s a work in Spanish by Manuel De Falla, that proposes a unique and approachable musical universe. Pedro Salazar, stage director.

“Maese Pedro’s Puppet Theater is a great way to approach the opera for Hispanic audiences. Firstly, because of the language and the fact that it’s only 30 minutes long. Also, because it’s based on one of the episodes in Don Quixote, a pillar of Spanish languaje literature. This entertaining performance is a fantastic way to connect with literature, opera and our language.” Alejandro Roca, conductor. 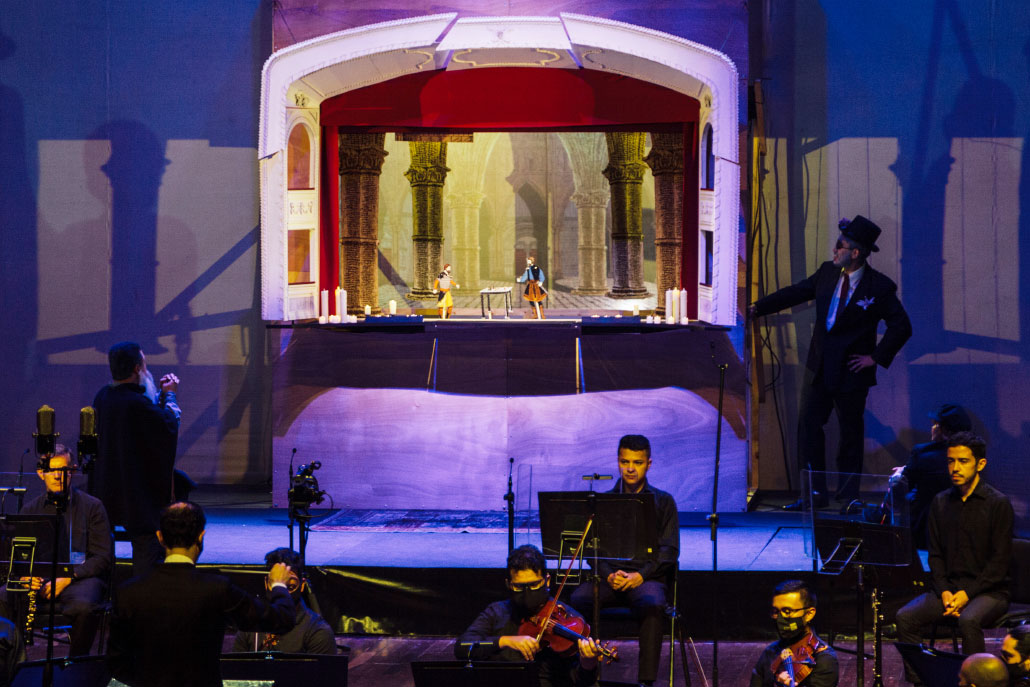